Message
Catherine has worked for: 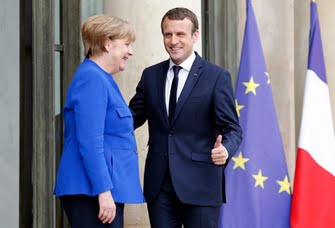 Macron-Merkel partnership sets Europe on course for change The future direction of Europe may rely on the blossoming friendship between France's new president, Emmanuel Macron, and German Chancellor Angela Merkel.


France's new president seems to have broken all the rules, in politics and in private, and won. Ontario Today, a CBC Radio province-wide open line show with host Rita Celli, links up with freelance journalist Catherine Field in Paris to talk about the French President-elect Emmanuel Macron and the road ahead for France.

Few elections in French history carry as much weight as the vote that takes place on Sunday, pitching the youthful centrist Emmanuel Macron against wily far-right leader Marine Le Pen in the final battle for the country’s presidency. The outcome will shape France’s political landscape, helping to determine the fate of a nearly six-decade-old constitutional system. For the European Union, the vote will establish whether the world’s biggest trade bloc can survive the forces of nationalism and populism pounding at its walls.

Religion usually makes news in France when the state invokes its stern policy of “laïcité.” Catherine Field visits a French high school on the outskirts of a Paris suburb notorious for its mediocre education and crime-scarred housing estates. At a time when religious extremism is creating global problems, the high school is keen to highlight the advantages that come when church and state come together in an understanding that is reasonable and clearly defined. 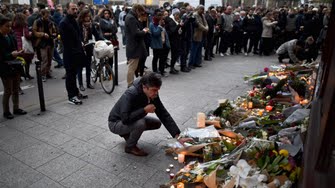 Catherine Field opens a special broadcast 'Breakfast in Paris' and talks of the mood of the nation and its difficult road ahead in the aftermath of the 13 November attacks in Paris and at the Stade de France national sports stadium. 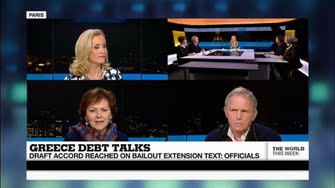 Ukraine crisis continues despite Minsk II ceasefire - The Ukrainian crisis has prompted many to see a return to the Cold War. Catherine Field cautions against this comparison. In the latter part of the Cold War, she says, there was predictability and dialogue. But there is little or none of that today -- and that's why the present crisis so dangerous. Here she points to the event in 1983 which changed everything: NATO exercise 'Able Archer,' which by accident and misperception almost triggered nuclear war.