Putin and the Kremlin According to David Stern, Kiev correspondent for the BBC, they are unclear relations between Putin and pro Russian rebels after the plane’s shutdown. OSCE monitors have been given unsufficient access to the accident’s area. It is known that bodies have been withdrawn but not where they have been taken to. These bodies issue worries people. Rafal Saakov, from BBC Russian service, comments that in Russian TV Channels. Ukraine is the guilty and the goods guys are pro Russians. Stern points out that there have been informations on the missiles. These latter’s movements have been followed within and outside Ukraine. This country’s representatives have been working with the Americans and the first ones have been recorded conversations with the rebels. These speeches have not been verified independently. ON BBC TV, this correspondent c comments that it remains to be seen the kind of access that OSCE observers will have to access to the accident’s zone. Pieces of th 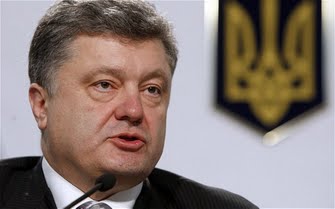 Sergei Leschenko from “Ukrainian Truth” paper onlinen designed yesterday on Nedwshour program on BBC an identikit picture on the recently chosen Petr Poroshenko. This latter, within a press conference, spoke on not turning Donbass into Somalia. He said that nobody will negotiate with terrorists. By the way, Leschenko speaks English. Through business contacts, he has a good relation with Russia. He is only a businessman. He was foreign minister for a long time. His chocolat was well sold because he supported Ukraine’s integration in Russia. Anyway, he has only a few time. Constitution was changed at the start of 2014 and it only allows him options on foreign relations.