Message Pearl Hire Now
You can use Paydesk to hire Pearl, they will be notified by SMS and usually reply within minutes. Have a question? Send Pearl a message before making a booking. 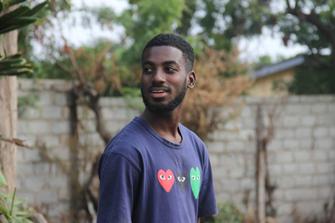 A random shot of a student who was looking away.

This video showcases samples of my other works ( Showreel)

A documentary about what triggered clashes between locals of Ketu South in Ghana's Volta region and an Indian salt mining company , accused of 'illegality'.


A feature story about Nelson Boateng, the man behind Ghana's first plastic house

A short documentary film for Absa bank on their banking services