Message Salym Hire Now
You can use Paydesk to hire Salym, they will be notified by SMS and usually reply within minutes. Have a question? Send Salym a message before making a booking.


PHOTO SERIES: VOODOO IN BENIN Fetishes, spirits and adepts in the cradle of voodoo - Ouidah, Benin. A call to the ancestors. More that 30 million people follow voodoo accross West Africa. The religion also has a home in the Americas, especially in Haiti, Cuba and Brazil, where it migrated centuries ago, during the slave trade. Today, in both sides of the Atlantic, voodoo still celebrates life through the worship of the ancestors.


PHOTO SERIES: SAHARAN CROSSROADS: MIGRATION IN AGADEZ, NIGER. Crossroads. The ancient Saharan city of Agadez, in northern Niger, is one of the main transit points for migrants willing to cross the Sahara desert, on their journey to Europe.


PHOTO SERIES: FARC REBELS' LAST CONFERENCE IN COLOMBIA. In September 2016, the Revolutionary Armed Forces of Colombia (Farc) held their 10th conference at a camp in the Yari Plains, in the fringes of the Amazon rainforest. At the conference, the rebel group unanimously ratified the contents of the peace agreement they had reached with the Colombian government after 4 years of negotiations. One thousand rebel soldiers attended the event, while they prepared to be demobilised. The peace deal marks a historic opportunity to put an end to 52 years of armed conflict, in which more than 200 thousand people have been killed, tens of thousands have disappeared and 7 million have been displaced from their homes.


PHOTO SERIES: DANCE BATTLES IN DR CONGO. For the youth of Goma, the capital of North Kivu in Eastern DR Congo, dance has become a form of resistance against violence and a tool for peace-building. For over two decades Eastern Congo has been immersed in the world’s deadliest conflict. More than thirty armed groups operate in the mineral-rich region, millions of people have been killed and displaced. For nine years the local organization Yole Africa has hosted the Salaam Kivu International Film Festival (SKIFF), which has been key in developing the arts among the youth of Eastern Congo. The festival has a film program and offers workshops on filmmaking, photography and human rights, among other cultural and social issues. However, its yearly highlight is the dance competition, which gathers thousands of youngsters and dozens of local dance crews, turning Goma into a regional cultural capital. 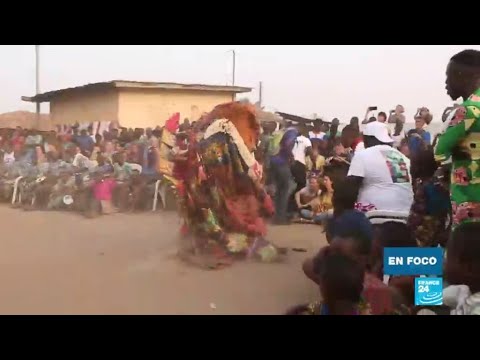 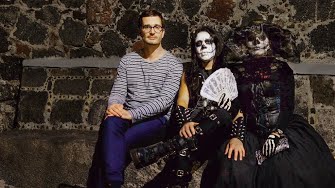 "Dark Tourist" is a NETFLIX documentary travel TV show, produced by New Zealand company Razor Fumes, where presenter David Farrier goes to unconventional tourist destinations. The 7th episode of the first season takes place in Benin and South Africa. I was the fixer and field producer for the stories filmed in South Africa about car spinning, township tours and the Suidlanders ultra-right group. 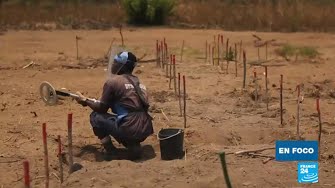 A 6 minute TV piece on demining efforts in Angola. 17 years after the end of the civil war, there are still thousands of landmines buried in Angola. their presence still affects the livelihood of thousands of people, and still mutilate claim victims. 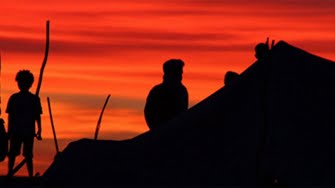 A long feature about music (and its social and political role) in northern Mali, in West Africa, in the aftermath of the fundamentalist occupation of the northern part of the country in 2012.