REFUGEE WOMAN FINDS STRENGTH THROUGH YOGA AS HER CAMP BURNS DOWN 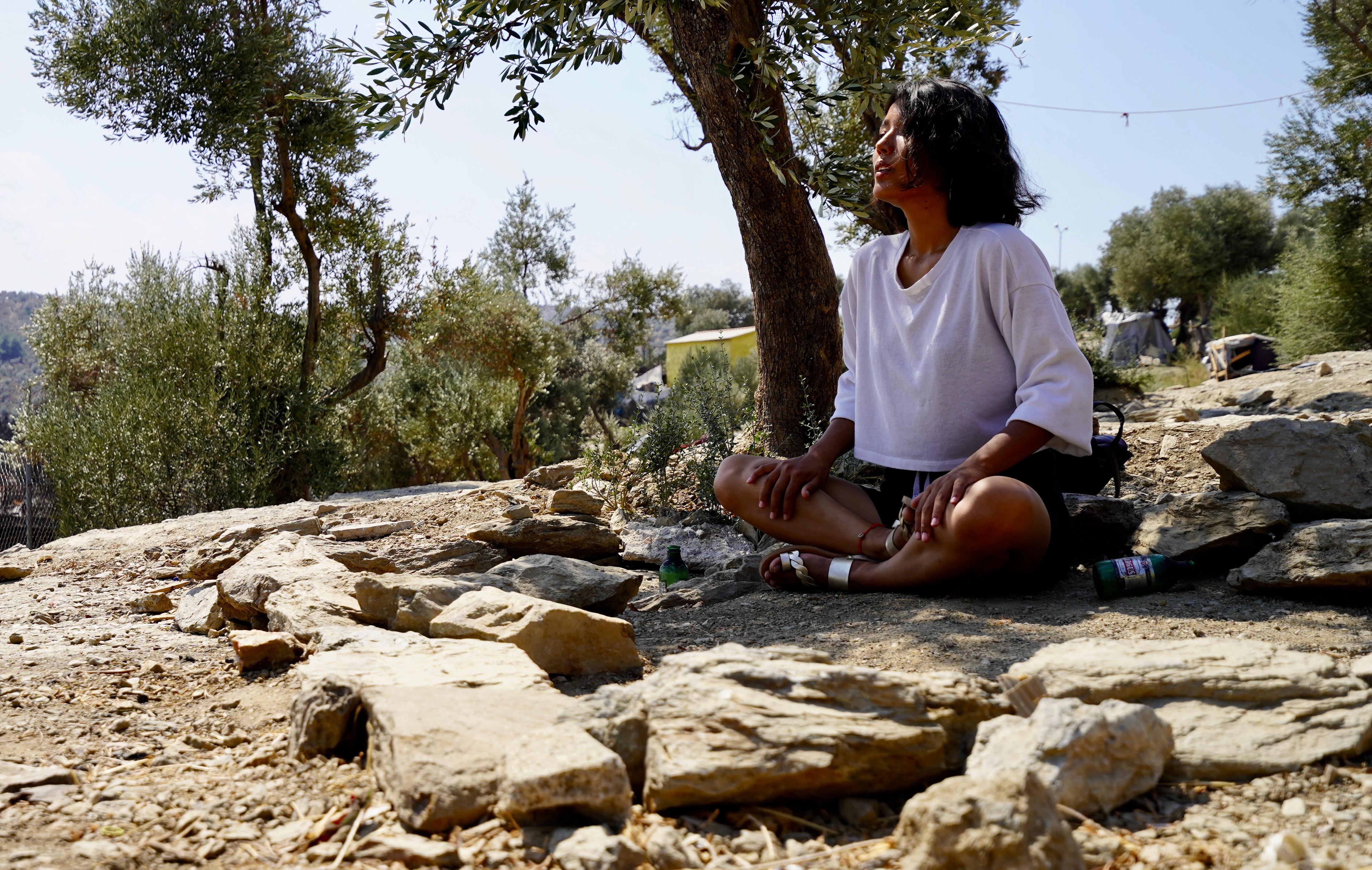 Fatemeh was in the middle of a yoga class on Lesbos Island in Greece when her refugee camp, the notorious Moria, dubbed "living hell," by many of its residents caught on fire. Together with her fellow refugee and NGO volunteer students, they formed a circle and meditated first, then sprang into action. Overnight they mobilized to deliver food and medical supplies to forty-five of their fellow yogis and sports enthusiasts, now hiding in a gym nearby. The fire left more than 13,000 refugees, now homeless and scrambling to build shelter on the roads and in the olive groves surrounding the camp. Very little food and supplies are allowed in, as EU leaders argue over what to do next and chaos and tensions mount.

This story (both print and video) follows Fatemeh, 24, an Afghan refugee from Iran who had fled forced marriage and gender-based violence, walking through the burned shell of Moria Camp and talking about her eight months there as a single young woman. She managed to get out several months ago with the help of the grassroots NGO, Yoga and Sport for Refugees. She was back on the island to take a yoga teacher training class, led by the NGO. She is now blocked from leaving the island and was stopped at the airport several days ago "no refugees are allowed off the island." Will Fatemeh realise her dream of becoming a yoga teacher to help other refugees in Athens or will she be forced back into the newly built camp, having to face all over again the anxiety and endless waiting for her new life in Europe to begin.