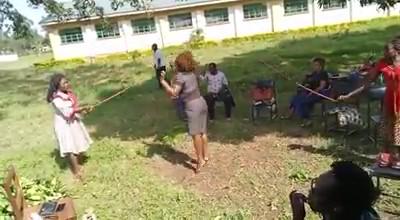 Kenyan teachers reported to school this week after 6 months of closure following the Covid 19 pandemic. The Government directed that all teachers report on the 28th September in readiness for a possible reopening of schools for learners. But while the Government grapples with the idea of allowing the learners back to school, it is finding itself in a dilemma of whether to fully reopen or not.

While addressing the 12th National Covid 19 conference held on 28th September at the Kenyatta International Conference Centre, President Kenyatta hinted to the challenge Covid 19 has posed to his Governments programs. He described the past six months a season of paradox , one that forced his Government to shut down the economy in order to save it. While acknowledging strides made by his Government to flatten the curve, the President expressed his fears of the possibility of a second wave. "The greatest danger is always at the moment of victory, we are most fragile at the moment we think we have won", he said. He said learning institutions will only be reopened after all safety measures are in place to protect the learners.

However Kenyas Cabinet Secretary for Education Prof George Magoha has been on the spot for continually flip flopping on the reopening of the schools date. The media and Parliament has accused him of confusing parents on the issue of the reopening of schools. Magoha is on record providing different dates on the reopening. He has however this week announced a staggered reopening that will only see those sitting the national exams report first and also final year students at the institutions of higher learning who are scheduled to resume on the 5th October 2020.

But even as the Kenya Government contemplates a gradual reopening, a spot check I carried out revealed that there is much more needed in terms of huge infrastructural adjustments for learning to properly resume. Majority of the schools in the country lack basic facilities that include well ventilated classrooms to allow social distancing, running water, and many may not even afford to offer masks to the learners. Public schools also face a shortage of 103,481 teachers according to the Teachers Service Commission boss Nancy Macharia. Some of the small private schools were forced to shut down for rent arrears, others were converted to farms making it difficult for the learners to report back. Parents are also not psychologically prepared to have their children back to school with many expressing their frustration on the social media platforms, faulting the ministry for lack of clarity on the level of preparedness and a firm reopening date.

Staying at home for the learners however, has seen a sharp rise in incidents of sexual violence against children with teen pregnancies in one county, hitting 4000 during the lock down period, according to a report by Plan International. While some learners in private schools have continued carrying out virtual learning, others mostly those in the rural areas and informal settlements, and even in low income urban areas have not been able to do so, owing to lack of internet access and/or a smart phone or computer. Covid 19 has exposed the infrastructural challenges faced by most African Governments that makes it difficult to fully reopen the education sector. The report will analyze this catch 22 situation and explore options available.