Stories "Blindgänger" (Unexploded Bombs in Germany) - Blasts from the Past "Blindgänger" (Unexploded Bombs in Germany) - Blasts from the Past 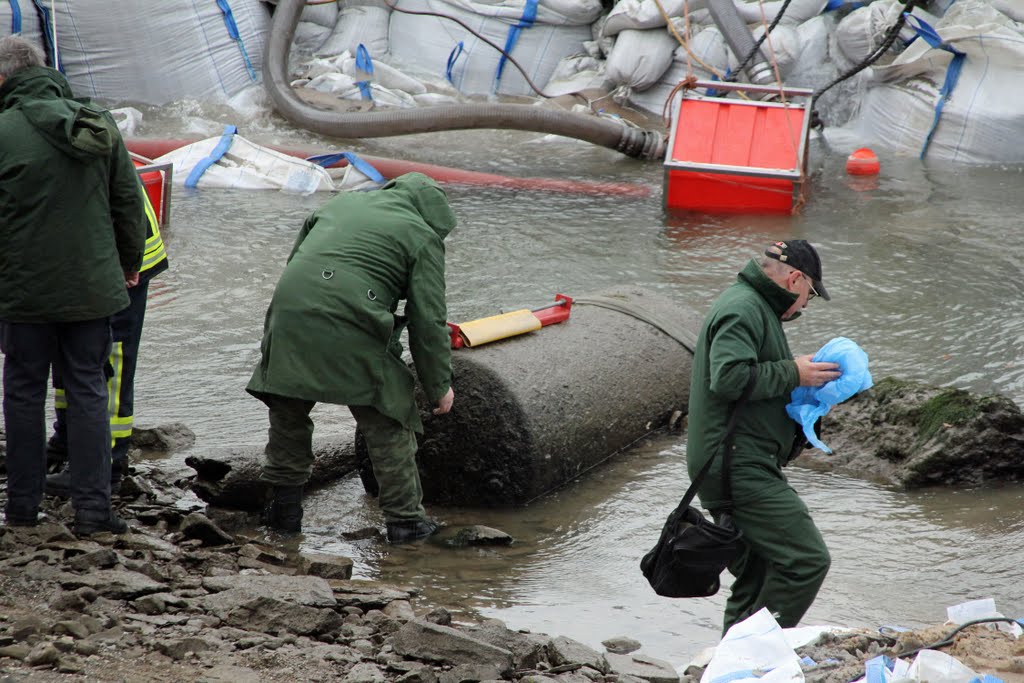 For countless reasons, World War II is present in the German psyche and memory for many people in the general population on almost a daily basis. Cities like Berlin and Dresden, for example, still have eerily empty spaces in the middle of town, where it is obvious that some edifice once stood there that was destroyed by bombs, and walls of some as-yet unrestored buildings still show last bullet-holes. Dozens of so-called "Blindgänger" - unexploded bombs - are also found every year and throughout the country. It is estimated, for example, that Germany's Explosive Ordnance Disposal Service is "one of the busiest in the world" (Wikipedia) and that approximately every two weeks some part of the German population is evacuated while teams of explosive experts work to investigate yet another unearthed dud. In Germany, in recent years, there have also been some spectacular cases of fatalities caused by unearthed WWII bombs. In Göttingen in 2010, three highly-experienced bomb experts were killed and six injured while working on a delayed-action fuze on a 500kg bomb. Particularly large, unexploded RAF bombs have been found in Koblenz, Cologne, and Frankfurt in recent years. As Germany is now investing in infrastructure projects, for example to renew many neglected bridges and roads, this topic of "Blindgänger" is still of particular concern. (Photo shown with this proposal: Courtesy of Holger Weinandt.)

I would like to write an article for you in which I give an idea of the types of people who work on securing old explosive devices, and the types of bombs that they are confronted with. I'd like to interview a German expert on bomb removal for you. I'd like to discover which parts of Germany are typically still affected and give an idea how normal German citizens live with these potential threats. Since it is extremely common for average Germans to build their own house (or have it built for them), I would imagine that the general population is in any case very aware of the dangers and the recommendations from the government on how to proceed before breaking ground for a new building site. This article then, could explore a special angle for your readers on how the Germans are still suffering consequences from Nazi evil today.