Message Allyson Hire Now
You can use Paydesk to hire Allyson, they will be notified by SMS and usually reply within minutes. Have a question? Send Allyson a message before making a booking.


An interview article on Joyce Azzam, the first Lebanese woman to climb 5 of 7 world summits.


On May 22, CARE’s Global Leaders Network hosted a reception for 150 guests at the Embassy of Canada in conjunction with the group’s annual National Conference. The night focused on bringing attention to the world’s underserved, particularly women and girls, with the aim of ending poverty and eradicating child marriages that prevent girls from educational and other opportunities. The nonprofit recognized that our neighbor to the north, Canada, has been a leader in fighting poverty by pushing for gender equality.


On May 15, the International Republican Institute (IRI) held its annual Freedom Dinner at the Willard InterContinental Washington hotel to honor IRI’s role in advancing freedom around the world for the past 35 years. This year, Secretary of Defense James Mattis and U.S. Ambassador to the U.N. Nikki Haley were given the Freedom Award, with Sen. Marco Rubio (R-Fla.) and Rep. Kay Granger (R-Texas) offering tributes. But the unspoken star of the night was Sen. John McCain (R-Ariz.) and his longstanding efforts to propel democratization around the world. McCain, who is a 2017 IRI awardee, could not attend this year because he is undergoing brain cancer treatment. But his son, Jimmy McCain, spoke in place of his father, who watched the dinner live from his home in Arizona.


The Age of co: How shared living is taking off across the globe, from New Zealand to Germany. 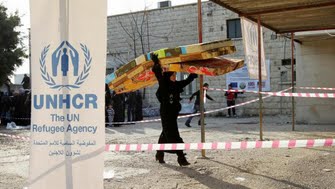 As European Union governments like Italy put pressure on the EU to tackle the refugee crisis nearer to its source, Canada offers an example of a country already doing this, using embassies in Beirut and Lebanon to adjudicate and process asylum cases.