Message Annette Hire Now
You can use Paydesk to hire Annette, they will be notified by SMS and usually reply within minutes. Have a question? Send Annette a message before making a booking. 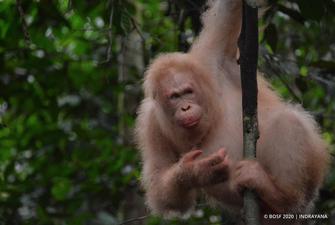 A rescued Bornean orangutan named Alba, who is believed to be the only albino orangutan alive in the world, is now thriving in the rainforest. 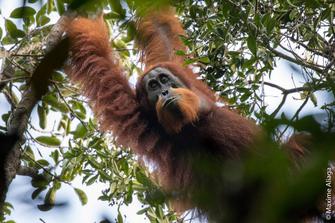 The world’s rarest and most threatened great ape species, the Tapanuli orangutan, is in greater danger of becoming extinct than conservationists feared, a group of researchers have warned.

There is growing evidence to support the suggestion that gain-of-function research made SARS-CoV-2 more virulent. The lab-origin hypothesis has gained traction. 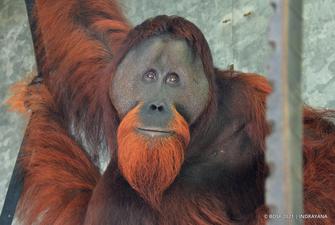 The Borneo Orangutan Survival Foundation (BOSF) has released ten rehabilitated orangutans into the wild. They were the first releases the BOSF had been able to carry out since the Covid-19 pandemic began.

As millions are vaccinated, adverse effects and virus variants are causing concern. 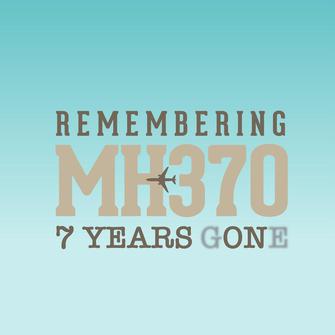 It’s been more than seven years since Malaysia Airlines flight MH370 disappeared with 239 people on board. The next of kin say they are no closer to knowing what happened to the plane than they were when it went missing.

Pressure is mounting for a full, independent investigation into the origin of SARS-CoV-2. That pressure is coming from scientists around the world, governments, and individual members of the US Congress. 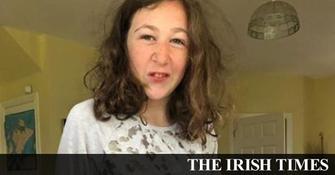 A high court judge in Malaysia has overturned the decision made by the coroner in the inquest into the death of Franco-Irish teenager Nóra Quoirin and declared an open verdict. 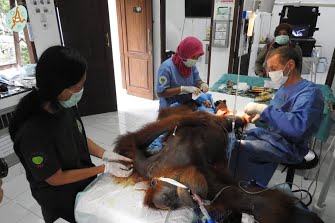 An orangutan who was rescued from an oil palm plantation in Indonesia, and was found with 74 air rifle wounds, blinded eyes, and fractured bones, has undergone surgery to repair her collarbone. The primate, who is about thirty years old and has been named Hope, was rescued along with her baby and was operated on at the Sumatran Orangutan Conservation Programme’s quarantine and rehabilitation centre near Medan, North Sumatra.

This year’s Jaipur Literature Festival featured luminaries from the literary, academic, and scientific worlds and offered audiences conversations and debates on subjects ranging from cancer survival, rape, and racism to climate change, genetics, artificial intelligence, and the psychological aftermath of migration. Women and power, the adaptation of books into screenplays, America’s secret wars in Afghanistan and Pakistan, and mapping the heavens were just some of the other topics discussed during the five-day literary extravaganza, held in Jaipur’s Diggi Palace. 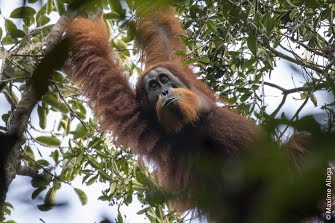 The Ape Alliance recently organised an international day of action to save the Tapanuli orangutan. Protests took place around the world against plans for a hydroelectric dam that would permanently fragment the orangutans’ habitat and could lead to their extinction. The Tapanuli orangutan (Pongo tapanuliensis) was only identified as a new species in November 2017, but it has already been described as one of the most endangered great ape species in the world. Fewer than eight hundred Tapanuli orangutans remain and the Batang Toru dam would be constructed in the area where their population density is the highest.

As Merck’s latest human papillomavirus (HPV) vaccine, Gardasil 9, continues to be fast tracked around the world, the incidence of invasive cervical cancer is increasing in many of the countries in which HPV vaccination is being carried out. The Gardasil vaccines continue to be vaunted as life-saving, but there is no evidence that HPV vaccination is reducing the incidence of cervical cancer, and reports of adverse effects now total more than 91,000 worldwide. Nearly 500 deaths are suspected of being linked to quadrivalent Gardasil or Gardasil 9. 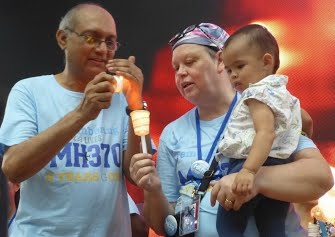 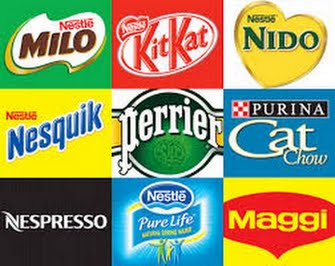 The Roundtable on Sustainable Palm Oil (RSPO) has readmitted the world’s largest food and beverage company, Nestlé, whose membership it suspended last month over breaches of the RSPO’s statutes and code of conduct. The reinstatement followed Nestlé’s submission of its time-bound action plan to achieve 100 percent RSPO-certified sustainable palm oil by 2023. 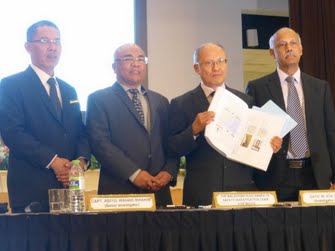 A full report of the international investigation into the disappearance of Malaysia Airlines flight MH370 was released today (Monday). Lead investigator Kok Soo Chon said the team was “unable to determine the real cause for the disappearance of MH370”. Kok Soo Chon said the remit of the investigation team was limited to matters of safety and, in today’s briefings, there were no answers to questions about the search for the plane. 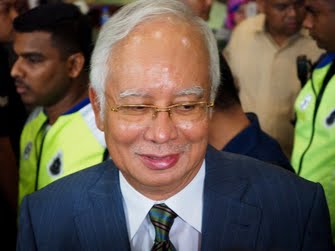 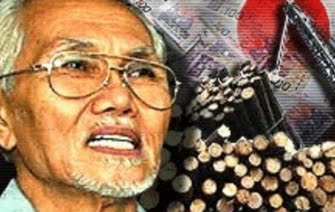 A judge at the Ontario Superior Court of Justice in Canada has ruled that a financial disclosure case related to alleged money-laundering by relatives of the former chief minister and current governor of the Malaysian state of Sarawak, Abdul Taib Mahmud, will be held in public. The case, brought by the Swiss-based Bruno Manser Fund (BMF), targets the multinational real estate corporation Sakto, which was incorporated in 1983 by Taib’s daughter, Jamilah, and his brother, Onn Mahmud, and soon became one of the largest players in the Ottawa real estate sector. A first hearing took place in Toronto on August 21 this year under a sealing order that has now been lifted. The case will establish a precedent on financial disclosure for private prosecutions. Full story on Changing Times. 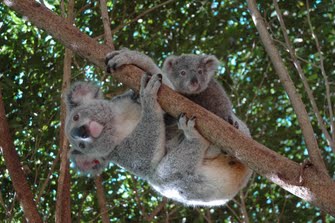 The effects of climate change on koalas and the ravages of diseases such as chlamydia were main issues raised at a national conference about the beleaguered animal, and delegates heard that koalas are already functionally extinct in some areas of Australia. There are some success stories, such as the population of koalas increasing to more than 3,000 in the Southern Highlands of New South Wales, and positive collaboration with the local council in Ipswich, and there have been numerous advances in scientific research. However, koalas continue to die in their thousands as their habitat disappears, and they are killed by dogs, in car hits, and in bushfires. 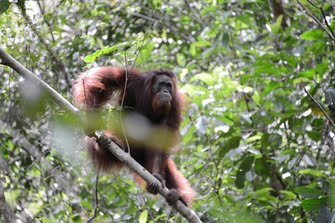 Changing Times brings you a round-up article about the plight of the orangutan, written to mark International Orangutan Day. Events were organised around the world to raise awareness about the now critically endangered primate, whose DNA is 97 percent the same as humans. In 2016, the International Union for Conservation of Nature (IUCN) changed the classification of the Bornean orangutan (Pongo pygmaeus) from endangered to critically endangered, citing the main causes of its population decline as habitat loss and fragmentation, primarily for logging and oil palm plantations, along with illegal hunting and fires. The Sumatran orangutan (Pongo abelii) is also listed as critically endangered. There are now only about 14,600 left in the wild. 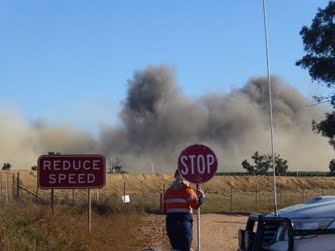 In Australia’s Hunter Valley the coal mining industry is devastating local villages and precious Aboriginal heritage, and three people who have been campaigning against mine expansion in the area face possible seven-year jail sentences under New South Wales’ new anti-protest legislation. Full story on Changing Times. 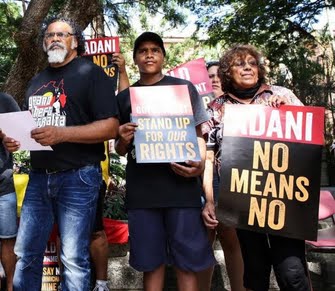 Members of a traditional owners council in Australia have accused the national government of pandering to the interests of the Indian mining conglomerate Adani, and the mining industry in general, in its attempts to pass amendments to the country’s Native Title Act. Adani plans to build a massive coal mine in the Galilee Basin in Central Queensland. Adani’s planned Carmichael mine – which would be the largest coal mine in Australia, and one of the largest in the world – would be sited on Wangan and Jagalingou traditional lands. There would be six open-cut pits and up to five underground mines. The Wangan and Jagalingou traditional owners say the mine would destroy their ancestral homelands and waters, the cultural landscape, and their heritage.

This year’s Jaipur Literature Festival set the Diggi Palace ablaze with a multitude of debates and readings, along with performances from musicians and poets from across the world. The five-day event, which is now the largest free literary festival in the world, was this year attended by more than 250 speakers ranging from writers, academics, journalists, and translators to politicians, film stars, and movie directors. The subjects tackled were extraordinarily diverse. On the final day, there was a mesmerising performance by the English poet Kate Tempest, a heated debate on whether we are living in a post-truth world, and a surprise appearance by the exiled Bangladeshi author Taslima Nasreen. 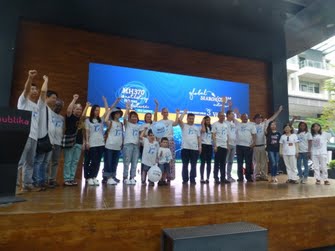 Next-of-kin of the passengers and crew who were on board Malaysia Airlines flight MH370 held a remembrance day event in Kuala Lumpur to mark the third anniversary of the plane's disappearance, and launched an initiative to raise finances for a new search. They emphasised that discovering what happened to MH370 was not only important for them, but was also an issue of aviation safety. 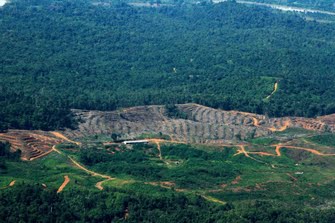 A consortium of NGOs is calling on UNESCO to intervene urgently to protect the rainforest World Heritage Site in northern Sumatra in Indonesia. The Tropical Rainforest Heritage of Sumatra (TRHS) site has been on UNESCO’s “List of World Heritage in Danger’’ since 2011 because of the ongoing destruction of its ecosystem. A large part of the TRHS site lies within the Leuser Ecosystem, an area of tropical lowland rainforest that straddles the provinces of Aceh and North Sumatra and is the last place on Earth where orangutans, rhinos, tigers, and elephants can be found living together in the wild. The International Union for the Conservation of Nature (IUCN) has identified Leuser as one of the world’s “irreplaceable protected areas”. It is home to the densest populations of orangutans anywhere in the world, and plays an important role in mitigating climate change through carbon sequestration. 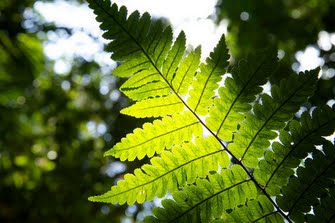 In a new research paper, scientists say that the cooling effects of trees may be more environmentally important than their capacity for storing carbon. Trees, the researchers say, directly affect our climate via rainfall. They help to retain water on the ground and produce cooling moisture. In the paper, entitled “Trees, forests and water: Cool insights for a hot world”, the researchers suggest that there needs to be a turnaround in thinking. In discussions and actions about climate change, more attention needs to be paid to the relationship between trees and water, they say. 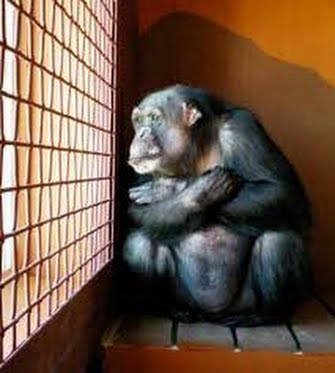 Lawyers for captive chimpanzees Tommy and Kiko have presented their arguments in a habeas corpus appeal in New York and are now awaiting a ruling. The president of the Nonhuman Rights Project (NhRP), Steven Wise, and his team have appealed against a lower court’s denial of petitions for writs of habeas corpus on behalf of the two chimps. Wise says that chimpanzees are autonomous and cognitively complex beings, not bound by instinct, who can make rational life choices. They have, Wise says, a right to habeas corpus and should be released immediately to an appropriate sanctuary. 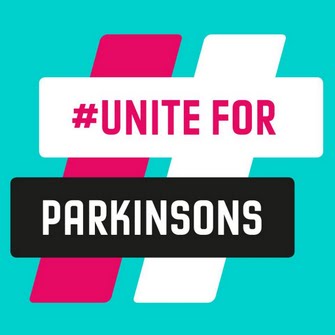 This year's World Parkinson’s Day on April 11 marked the 200th anniversary of the publication of James Parkinson’s “Essay on the Shaking Palsy”, which was the first official recognition of Parkinson’s as a health condition. The European Parkinson’s Disease Association and Parkinson’s UK launched a #UniteForParkinsons campaign to raise international awareness. 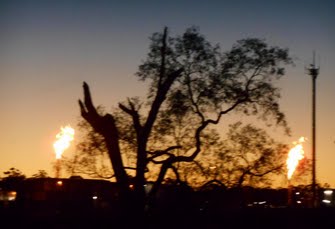 Australian landholders pit their strength against the might of the gas companies. Changing Times brings you an in-depth report on the nightmare being lived every day by those living in the Queensland gas fields. The level of air and noise pollution is so high that local people are suffering massive health problems. One farmer, George Bender, committed suicide.