Message Benedetta Hire Now
You can use Paydesk to hire Benedetta, they will be notified by SMS and usually reply within minutes. Have a question? Send Benedetta a message before making a booking. 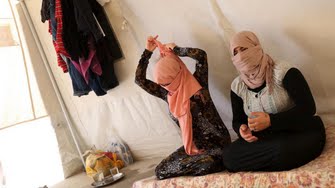 Being a feminist in Baghdad, Iraq, is not an easy job. Yanar Mohammed, 55-year-old lived in exile in Canada for over 20 years and went back to Iraq in 2003 hoping the U.S. invasion would bring democracy to her country. She was wrong. So she created a network of underground shelters to help women to flee violence.