Message Ilinka Hire Now
You can use Paydesk to hire Ilinka, they will be notified by SMS and usually reply within minutes. Have a question? Send Ilinka a message before making a booking.


EXCLUSIVE: 'British dry-cleaning boss' flies from London to squalid Macedonia migrant camp to bring EIGHTEEN of his Iraqi family back to England A British man has flown to the squalid refugee camp on the Greek-Macedonian border to try to help 18 of his relatives get to England. Halo Rashid, 29, is trying to rescue his loved ones - including his heavily-pregnant sister and newborn nephew - after they fled Iraq in fear of their lives. Mr Rashid, who is originally from Kirkuk in Iraq, claims he has been living in the UK for the past 16 years after moving with his family, and apparently holds a British passport and runs a dry cleaning business.


Migrant map to Europe: The leaflet in Arabic that sparked exodus of 2,000 migrants from squalid camp across a raging river into Macedonia - where they were told 'buses are waiting' to take them to Germany A leaflet telling refugees how to cross the closed Macedonia border - and promising awaiting buses to take them to Germany - is blamed for Monday's mass exodus from the squalid Idomeni camp on the Greece border. The piece of paper giving instructions in Arabic on how to make it from Greece to Macedonia, pinpointing where there is no barbed wire fence, was handed out to refugees at the camp. It falsely promises that there are 'buses or trains on the other side to take you to Germany', while claiming that those who stay in Greece would be deported to Turkey. 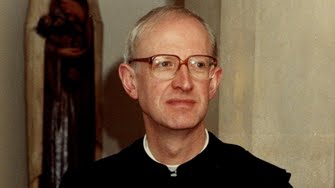 A judge in Kosovo has blocked the extradition to Britain of a monk accused of child abuse. The Metropolitan police had sought to bring back Laurence Soper, a senior cleric in the Roman Catholic Church, when he was found in the Balkans after a five-year manhunt.


A runaway former abbot arrested in Kosovo over child sex offences had been travelling freely around the Balkans on his British passport, his landlord said last night. Laurence Soper, a senior Roman Catholic cleric, had travelled to Macedonia and Albania despite jumping police bail and evading a European arrest warrant, it was claimed. 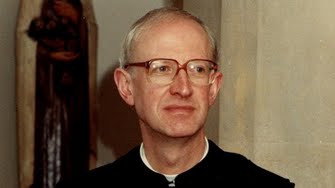