Message Isiyaku Hire Now
You can use Paydesk to hire Isiyaku, they will be notified by SMS and usually reply within minutes. Have a question? Send Isiyaku a message before making a booking. 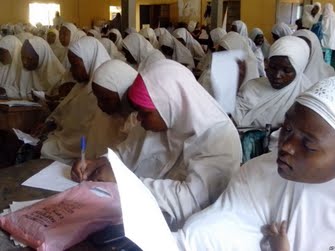 Nigeria has one of the world’s highest rates of illiteracy but the Kano State Agency for Mass Education in the north is making major strides to teach more than 400,000 adults and youth who are not in school how to read and write. They face a major challenge, according to statistics reported in Abuja last September by Minister of State for Education. The education minister described two major challenges for the Nigerian effort: the number of illiterate Nigerian adults has increased by 10 million over the past two decades, to reach 35 million; the nation also has more than 10 million children who are not in school. The nation's population is an estimated 174 million.

Nigeria State Crack Down on Unregulated Private Schools In the northern Nigerian town of Kano, over 80 private nurseries, primary and secondary schools have been shut down and another 52 have been suspended for violating Kano State’s education law. Meanwhile, a special task force on private schools there aims to close down another 700 institutions that are not meeting legal requirements. Kano State’s 10-year-old Education Law says all schools must meet certain requirements. They must offer a conducive learning and teaching environment, pay appropriate taxes to government, provide a well-stocked laboratory, maintain functional administrative and academic records, and have a provisional certificate of approval to operate.