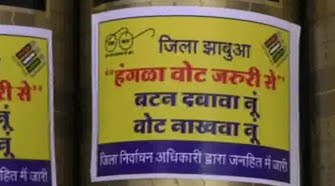 The idea of mixing booze with voters’ awareness went awry in Jhabua and the district collector had to scrap the plan after controversy erupted on Saturday. The excise department had planned to put on 2 lakh stickers on liquor bottles through dealers with a message in tribal dialects related to awareness on exercising of franchise. However, in their enthusiasm, liquor dealers put on the stickers in a way that the statutory warning inscribed on the bottles got hidden. This led to a controversy. 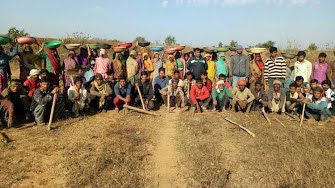 No lessons seem to have been learnt from the Meghalaya coal mine tragedy. Even as nearly 20 died in separate incidents over the past few weeks while illegally mining coal in the northeastern state, similar operations — for coal’s sparkling derivative — continue to endanger lives in Madhya Pradesh. 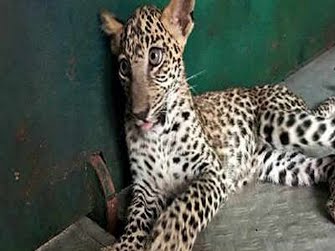 Ten-month-old leopard cub Madhav died at Van Vihar on Sunday morning, said officials of Van Vihar. According to a press note released by Van Vihar, the doctors performed a post-mortem examination and found that he died due to acute respiratory failure. The cub was brought by the veterinary doctors from the forests of Barwani, under Bawangaja beat and about 350 km away from Bhopal, in June this year after he was separated from his mother and fell ill. He had been suffering from multiple health issues, such as dehydration and weakness. At that time, Van Vihar vets had used telemedicine technology (through video-conferencing) to conduct tests and treat the cub. The vets had then thought that bringing the cub to Bhopal would improve its health in indoor conditions. However, he died at the age of just 10 months.