Message Mario Hire Now
You can use Paydesk to hire Mario, they will be notified by SMS and usually reply within minutes. Have a question? Send Mario a message before making a booking.


Emmanuel Bonsu, a young black and polite student, was mistaken for beeing a pusher in Parma. It was october, 2008. Emmanuel was targeted by local officer, hitted and illegaly detained. The story became viral thanks to some photos (realized by me) and a a fantastic narration realized by Giacomo Talignani, Stefania Parmeggiani and Alessia Ripani. 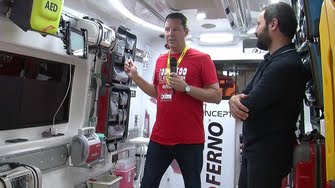 In Reas2017 with Tim Schroeder, director of the ambulance development department in Ferno Washington, taking a look about the new iNTRAXX system, the innovative project to realize a safe ambulance in any condition.