Message Marta Hire Now
You can use Paydesk to hire Marta, they will be notified by SMS and usually reply within minutes. Have a question? Send Marta a message before making a booking. 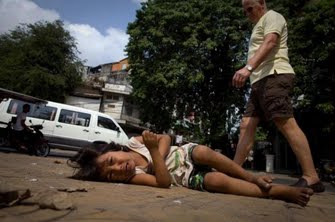 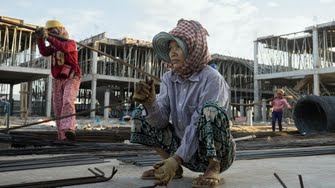 Cambodia’s construction boom has attracted a female workforce, who earn less than men and carry an additional burden. I wrote this feature for Al Jazeera English.

Tong Hann, a tour guide of 12 years, prefers the peace and quiet of “lost temples” as opposed to the more popular sights of Angkor Wat – the key tourist destination of Cambodia. I produced this video for Mementum.travel.

This is a “non-NGO NGO video”, which highlights the crippling effects of drought on Cambodians. I produced it for People in Need Cambodia as part of a video series on climate change.

Living alongside rubbish is not only annoying but it also has serious adverse health effects for those surrounded by it. I produced this video for People in Need Cambodia in order to highlight the plight of communities living in informal settlements in and around Phnom Penh - they are often cut off from all public services, including rubbish disposal, forcing families to live surrounded by "mountains" of garbage. 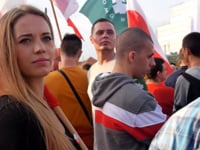 Pretty radical: a young woman's journey into the heart of Poland's far right. Together with another filmmaker I followed 19-year-old Paulina, who joined Poland’s far-right National Radical Camp. She was quickly selected as a candidate in local elections because she’s ‘a pretty young woman’ who might improve the image of an organisation thought to be full of ‘bald hooligans vandalising the city’. What drew her to join the nationalist group in the first place? Will anything make her question her loyalty to them? This short documentary was commissioned by the Guardian.


Cambodian women turn to tech in hope apps can turn tide of gender violence. Women’s groups in Cambodia are using the youth obsession with technology to try to change attitudes in a society where many think domestic violence is normal. I wrote this article for the Guardian.


HP and Dell suspend use of interns in Chinese factories. The US computer giants are investigating reports that students are forced to labour making their servers, but what about the rest? An op-ed I wrote for the Guardian's Sustainable Business Section.


Women in the garment industry – away from their homes and support networks – are inhibited from accessing healthcare, including abortion services. I wrote this article for the Guardian.