Message Reuben Hire Now
You can use Paydesk to hire Reuben, they will be notified by SMS and usually reply within minutes. Have a question? Send Reuben a message before making a booking. 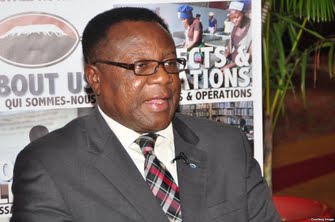 Development Expert Lauds Africa's Continued Economic Growth Reuben Kyama May 27, 2015 3:02 PM NAIROBI, KENYA— Over the past 15 years, many African countries have enjoyed double digit growth rates. Africa as a whole is expected to grow by up to 4.5 percent over the next two years, according to the United Nations Economic Commission for Africa. Experts say Africa needs as much growth as possible to handle a population bulge of young people who will add to the number of job seekers. Prof. Emmanuel Nnadozie is Executive Secretary of the African Capacity Building Foundation (ACBF), a Pan African organization that aims to build human and institutional capacity for good governance and economic development.


Blaze Damages Nairobi’s International Airport By REUBEN KYAMA and NICOLA CLARKAUG. 7, 2013 NAIROBI, Kenya — A huge fire broke out Wednesday and raged for four hours at Nairobi’s international airport on the anniversary of the attacks on the United States Embassies in Kenya and Tanzania, officials and witnesses said, bringing East Africa’s busiest airport to a standstill and turning parts of it into charred ruins. By midafternoon, Michael Kamau, a senior government transportation official, told reporters that the airport, Jomo Kenyatta International Airport, had been partly reopened for domestic and cargo flights, but that international passenger traffic was still suspended. The airport authorities planned to convert another part of the facility to a temporary terminal for international passenger flights, he said. 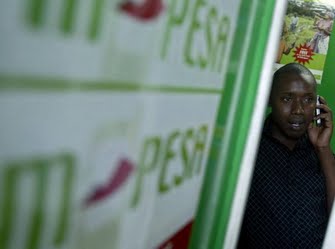 Role reversal as African technology expands in Europe Reuben Kyama with Anca Teodorescu in Bucharest AFP August 13, 2014 Nairobi (AFP) - Africans have long used technology developed abroad, but now a Kenyan cash transfer network which bypasses banks is being adopted in Europe. The M-Pesa mobile money transfer system which allows clients to send cash with their telephones has transformed how business is done in east Africa, and is now spreading to Romania. "From east Africa to eastern Europe, that's quite phenomenal when you think about it," Michael Joseph, who heads Vodafone's Mobile Money business, told AFP in the Kenyan capital Nairobi. 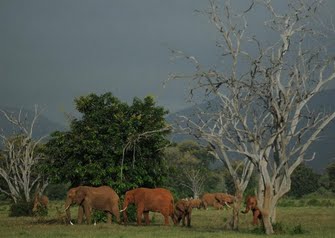 Forests for the future: Kenya's carbon credit scheme When 61-year old Mercy Joshua was young, the vast forests of southeastern Kenya teemed with wildlife, but decades of unchecked deforestation by locals have devastated the land. She watched forests dwindle and rivers dry up across her homeland of Kasigau -- a semi-arid savanna grassland dotted with shrubs, woodland and small rugged hills -- as people cut down the trees to scratch a living by selling them for firewood.