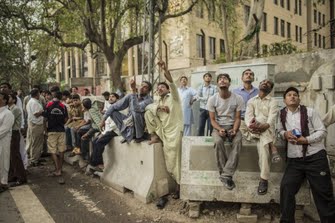 May 9, 2013 - People look up to the sky as fire-fighters battle the inferno after a high rise building caught fire due to short-circuiting in Lahore, Pakistan 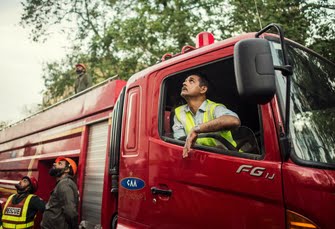 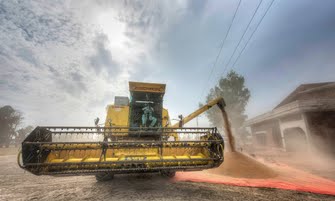