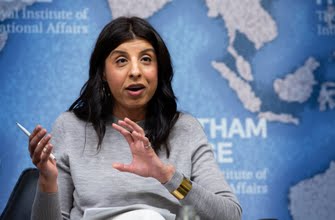 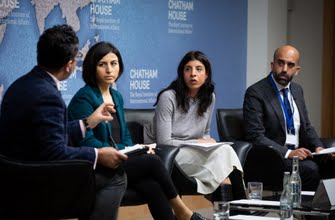 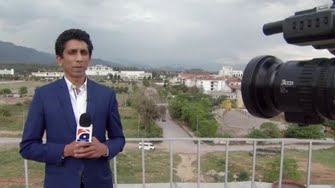 Geo goes dark: Media and the military in Pakistan Media mystery in Pakistan: who ordered Geo News off the air? Plus, covering the world's largest biometric database. 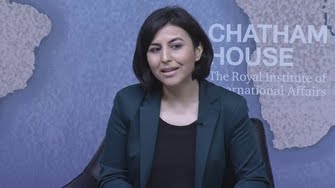 Frosty Neighbours? Unpacking Narratives of Afghanistan-Pakistan Relations Due to their strong historical, cultural and religious ties, Afghanistan and Pakistan officially profess a close friendship with one another. At the same time, with Islamabad fearing an Afghan rapprochement with India, and Kabul claiming that terrorist sanctuaries on Pakistani soil are prolonging the war in Afghanistan, do the neighbours view one another with certain levels of mistrust? Panellists consider the influence of popular narratives on the countries’ policies and ask whether bilateral relations can be reshaped in a constructive and meaningful way. Looking forward, will the Afghan government, driven by considerations for regional connectivity, become a partner with Pakistan? Can the new government of Imran Khan, who counts Pakistani Pashtuns as core supporters, move Pakistan and Afghanistan beyond their present cold friendship? Or, with the rise of political populism globally 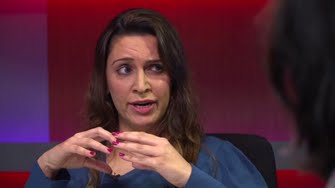 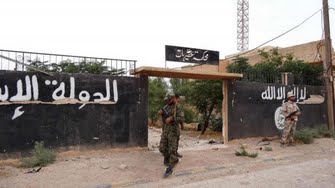 Syria’s justice system: ‘working without a written law’ The Syrian war is the defin­ing conflict of our time. Six years in, there is no single strategy to help the coun­try towards peace and no single template from which it could subsequently be administered. Regarding Syria’s legal infra­structure, there is only a vacuum. In its report “Surrender or Starve,” Amnesty International detailed the plight of approximately 6 million refugees with no record of birth, death or marriage. 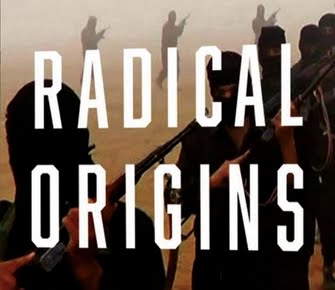 Exploring the ‘radical origins’ of Islamic extremism Readers are presented with a factual history of where it all went wrong in the Islamic world. 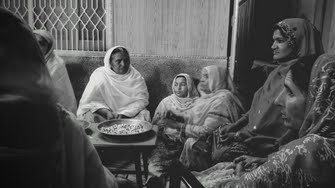 Last Rites in the City of Eagle’s. First Pakistani funeral was a combination of community outreach set against the backdrop of spirituality and sparsity. I drove into the house that my Aunt had lived in for over half a century, my usual welcome of her reaching for the remote to lower the hum drum of Indian soaps, to a room full of people praying and consoling was a stark contrast. 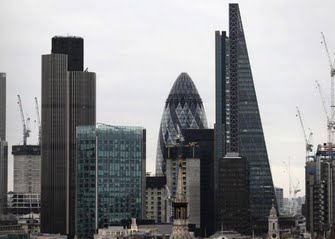 LONDON - The main benefits of sharia-compliant banking are low risk and high investment, which are imperative in the economic climate in Britain as the country battles to remain “strong and stable” post Brexit vote. British Foreign Minister Boris Johnson unveiled his vision on Brexit without consulting Prime Minister Theresa May and the party infighting reflects how unstable Britain’s position is on Europe.

https://www.suddafchaudry.com/waterhackathonpk A hackathon was held in Lahore to discuss the looming water crisis in Pakistan. It has been reported that Pakistan

BATTLE LINES OF HISTORY- THE KASHMIR DISPUTE As violence escalates between Indian Police and Pro Independence protesters. Is there a question of a new conflict emerging between the warring neighbours. As India and Pakistan blame one another for the violence in Kashmir, the situation remains at an impasse. The only way forward is reform, dialogue, and level-headed policy. 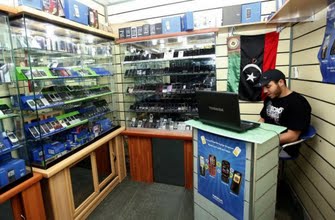 Is Libya’s telecoms industry an opportunity or adversity? There is a glimmer of hope in the drafting of a new telecommunications law. 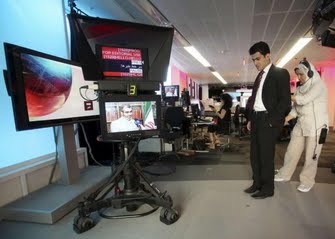 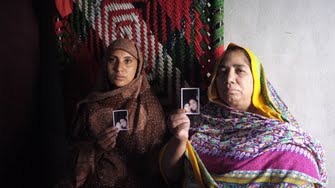 
Not a Drop to Drink Pakistan’s shortage of safe drinking water Altaf Masih, a sanitary worker and resident of Joseph Colony, a neighbourhood in Lahore, sat on a mattress in a single room that houses his entire family. It was an afternoon in July. The walls, painted a warm brown, displayed family portraits and paintings of Jesus. Masih moved his dog to make space for three students from the environmental-activist group Team Awaaz who had just arrived—Zoya Ali, Zameer Ahmed and Anum Qayyum. “The conditions for families living in this colony are extremely challenging,” Ali said. “I am not even sure that is a strong enough word,” she added, pointing to one of Masih’s daughters. “Look at the rashes on their legs.” 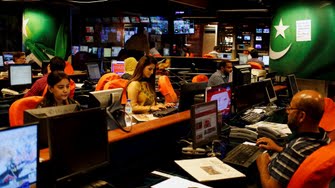 'Campaign of fear' drives Pakistan's journalists to self-censorship as pressure mounts ahead of General Election Rawalpindi: "Militant organisations, who call them non-state actors, are active," said former Pakistani prime minister Nawaz Sharif in an interview to Dawn, one of the country’s oldest and leading English dailies. In the interview published on 12 May, the former prime minister went on to ask: "Should we allow them to cross the border and kill 150 people in Mumbai? Explain it to me.” 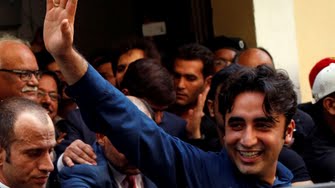 Islamabad: Will the July 25 general elections in Pakistan see the eclipse of the country’s two preeminent political families? While the Bhutto and Sharif families have retained control of the parties they founded—the Pakistan People’s Party (PPP) and the Pakistan Muslim League-(Nawaz)—their descendants seem unable to galvanise the electorate in their favour as their parents did. 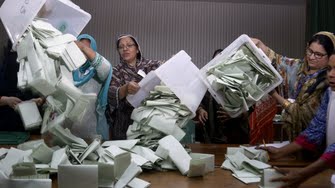 Pakistan Election Results 2018: Rigging charges continue to dog PTI's win as rival parties reject poll outcome. Rawalpindi: Reports trickling in from polling stations in Pakistan have painted a disturbing picture about how the general elections were conducted this week, even as Pakistan Tehreek-e-Insaf (PTI) chief and former cricket captain Imran Khan declared his party the "winner". "We were successful and we were given a mandate," Khan said in a televised address on Thursday. But in an election marred by predictions of rigging, a controversial, violent and dirty campaign, and allegations of military interference, these claims got louder as results kept trickling in.


Pakistan's dilemma: Can Imran Khan afford to tilt towards Iran? #Politics As the winner of the recent election prepares to take office, the country is effectively caught in a tug of war between Tehran and Riyadh.


Why Pakistanis are buying up the Turkish lira #LiraCrisis The currency won't buy much - if anything - in Karachi or Islamabad, but Pakistanis rally at exchange markets to push back against the US. 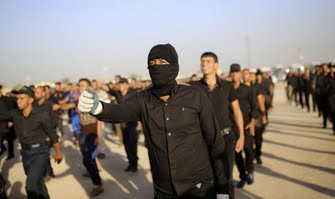 Iran lures Pakistani Shias to fight its war in Syria The number of Shia Pakistani fighters active in the Syrian conflict is hard to verify. KARACHI - Members of Pakistan’s Shia community have been complaining that their relatives are victims of enforced disappearances, allegedly by the country’s security services, after returning from the Middle East. 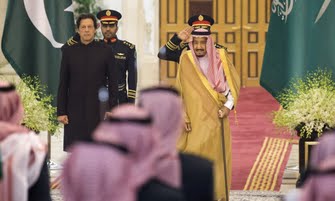 Despite PR duress, Saudi $6bn to Pakistan comes with strings Saudi Arabia's crisis over Khashoggi murder is Imran Khan's gain, but Pakistan may still be expected to up military cooperation with the kingdom. Pakistani Prime Minister Imran Khan returned home this week from Saudi Arabia with a pledge of $6 billion in loans. Khan was likely able to secure the deal with fewer strings than a previously rejected offer, due to enormous international scrutiny on the kingdom in the wake of the Jamal Khashoggi murder. But the latest package may require a deepening military partnership with Saudi Arabia. 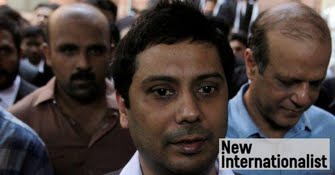