Message Talha Hire Now
You can use Paydesk to hire Talha, they will be notified by SMS and usually reply within minutes. Have a question? Send Talha a message before making a booking.


Malik Jalal says he's on a secret CIA kill list and has narrowly escaped death by drone four times. He is part of the North Waziristan Peace Committee (NWPC), which is based in a region of Pakistan that has seen more than 300 documented strikes, according to The Bureau of Investigative Journalism. Reprieve, the human rights organization representing Jalal, claims that Western intelligence agents believe the NWPC is providing a safe haven for the Taliban. Jalal says that the NWPC is attempting to secure peace in the region. VICE News meets Malik Jalal in Pakistan and London to find out about a legal action he is pursuing to get his name stripped from the kill list — and prevent further drone strikes in North Waziristan. 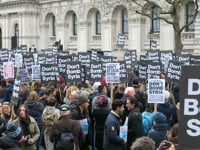