Message Thomas Hire Now
You can use Paydesk to hire Thomas, they will be notified by SMS and usually reply within minutes. Have a question? Send Thomas a message before making a booking. 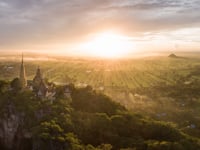 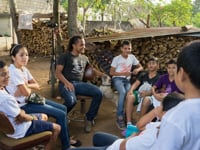 Jessel grew up in Cofradía, a town outside of San Pedro Sula, Honduras, a city that has been called “the murder capital of the world.” He watched people become numb to senseless violence like the gunshot that nearly killed him; he knew he had to do something about it. “I didn’t want to seek revenge,” Jessel said, “because the bullet not only pierced my flesh, my skin—it pierced that life that I was living. It ended this erroneous mentality that I had and changed it into something positive. That is when he decided to create Skate Brothers, a club where at-risk youth learn rollerblading, skateboarding, BMX and breakdancing. Since it was formed in 2011, the group has grown to about 50 members who perform in street fairs and parades and volunteer to support their community. 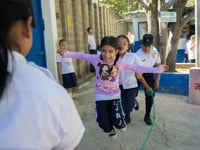 Ilobasco is one of the most dangerous communities in the Western Hemisphere. This film interweaves the stories of Sandra, a police officer who works to build peace and trust in the community; and Kevin, an at-risk 17 year old who has found his calling by coaching boys at the USAID-supported Outreach Center. Their stories show how support to vulnerable children and other interventions are helping hard-hit communities overcome violence and distrust and find peace. 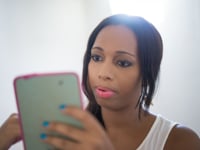 On Colombia’s Caribbean coast, a trans activist takes on the establishment. Like many transgender women in Cartagena and throughout the Caribbean region, Tania Duarte Díaz has suffered at the hands of a society that doesn’t understand her and a justice system unable—and often unwilling—to protect her rights. Tania is a member of Caribe Afirmativo, a group in Colombia that advocates for equal rights for the LGBTI (lesbian, gay, bisexual, transgender and intersex) community. The group was formed in 2007 after the hate-motivated murder of professor and advocate Rolando Pérez, and it documents cases of abuse; trains police and policy officials on human rights; does outreach with the LGBTI community; and fights to bring perpetrators to justice. In just seven years—from 2007 to 2014—Caribe Afirmativo recorded 119 murders of LGBTI individuals on the Caribbean coast 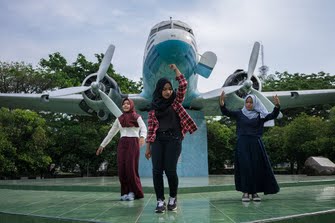 Banda Aceh, is an autonomous province in the north of Sumatra, and the only place in Indonesia – the country with the world’s largest Muslim population – where sharia law is currently implemented. Aceh was the hardest-hit area by the 2004 tsunami where over 170,000 inhabitants tragically lost their lives. Many Acehnese viewed the disaster as punishment for their lack of devotion to God. Though Sharia law was only officially introduced in 2011, the cataclysm helped religious authorities to accelerate radicalization within the society. Alcohol, gambling, not dressing according to Islamic code, premarital romance, and adultery are now outlawed and punishable by public flogging. A feared “Sharia police” team doles out warnings and passes transgressors on to the relevant authorities. In March 2016, I spent 10 days with the youth of Banda Aceh, I explored unseen subcultures, and followed the lives of artists, musicians, dancers, skaters and surfers; documenting their efforts to find 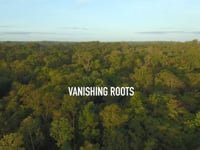 In Cambodia’s Northern Prey Lang forest, one of the last remaining evergreen forest in Southeast Asia, a community is organizing itself to preserve its roots, traditions, and protect the land to which it belongs. Fighting formidable foes such as climate change and deforestation, the community has learnt resilience and compassion. This is the story of forgotten people, connected to each other by nothing less a forest in distress. This is also the story of Cambodia’s fate and the legacy it will pass on future generations. 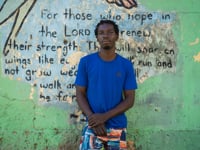 Ruben Robinson was once a notorious gangster from the infamous Canterbury neighborhood of Montego Bay, Jamaica. Today he works as a violence interrupter - preventing shootings and homicides in his community through a program supported by the Government of Jamaica. "Kids look up to me," he says. "Because first I was part of the problem, now I'm the solution."