Message winta Hire Now
You can use Paydesk to hire winta, they will be notified by SMS and usually reply within minutes. Have a question? Send winta a message before making a booking. 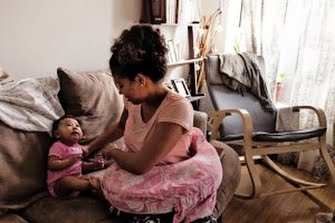 Depression during or after pregnancy is especially common in low-income and minority areas. Studies show that black and Latina women, who accounted for 50 percent of the live births in New York City in 2014, “are less likely than whites to seek, start or continue treatment for depression,” according to a City Limits newsletter. In an effort to help women who suffer from postpartum depression, New York City started an initiative to screen all expectant and new mothers for signs of maternal depression in 2015. But getting people into treatment can be a problem. "It's not always as simple as 'Are they insured?' said Dr. Holly Loudon, an obstetrician and gynecologist at Mount Sinai Hospital. The stigma of mental health in underserved communities and women's fears deter them from seeking help.