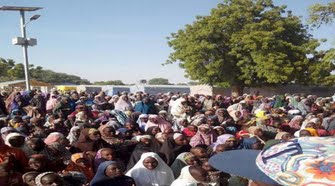 I won a grant under the Access Nigeria Investigative (Research) Reporting Fund , an anti-corruption project of the Institute for War and Peace Reporting (IWPR) and investigated acts of diversion, malpractices and corruption in the distribution of relief materials by relief agencies in north-eastern Nigeria. The research reporting entailed field interviews with displaced persons, civic activists, humanitarian workers and government relief workers across Yobe state.