Message Dariusz Hire Now
You can use Paydesk to hire Dariusz, they will be notified by SMS and usually reply within minutes. Have a question? Send Dariusz a message before making a booking.


WARSAW—A new film exposing the ills of the Catholic Church has proved a surprise hit in Poland and become a target of the Right-wing government. Kler (“Clergy”) has drawn 3 million viewers in just two weeks, becoming one of the country’s biggest box office successes. The film has been praised for its handling of clerical child abuse, a major taboo in the deeply Catholic country. But several cinemas have reportedly come under pressure to stop showing the film from those close to the ruling Law and Justice party (PiS), who have attacked the film as “contemptuous and hateful to Polish identity”. 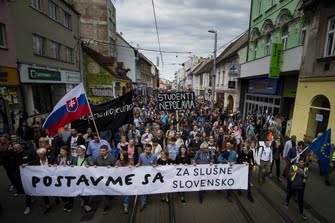 BRATISLAVA—It is hard to miss the headquarters of Slovakia’s public broadcaster. Shaped like an inverted pyramid, it’s one of those bizarre Communist-era buildings that leave you with a mixture of dislike and confusion. In keeping with its architectural style, the CEO’s office is hidden in the corner on the sixth floor. It’s gray, heavy-handed, dreary, as if time stopped 30 years ago—with only one thing that doesn’t fit: a colorful landscape painting hung behind the desk. 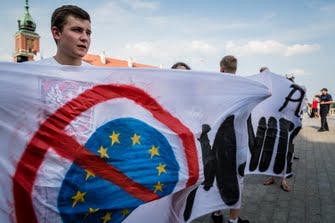 WARSAW—There’s a pattern around Europe: As politicians become more critical of the European Union, they simultaneously become friendlier toward Russia. That happened with Marine Le Pen in France, Matteo Salvini in Italy, and Viktor Orban in Hungary, all of whom had harsher words for the EU than for Kremlin. Given that Poland, under the leadership of the Law and Justice (PiS) party, has also become more nationalist and Euroskeptical, it is worth wondering whether it could be the next domino to fall to the east. 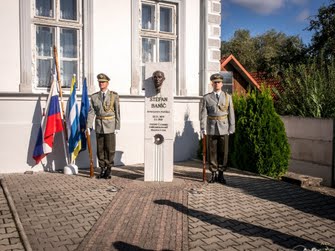 BRATISLAVA and SMOLENICE—When he jumped from the 15th floor of a Washington, D.C., building, Štefan Banič was not dressed as Batman — in fact, he predated the superhero by a quarter of a century. But Banič’s stiff-winged get-up still excited the crowd gathered outside the building — which some have speculated was the Cairo, near Dupont Circle. Banič survived the fall thanks to his parachute costume, which was his own design.


PÉCS—Election showed that the countryside is the heart of Viktor Orbán’s support base. But I wanted to know why one little town from the south turned its back on him. My latest from Pécs for ForeignPolicy #Hungary 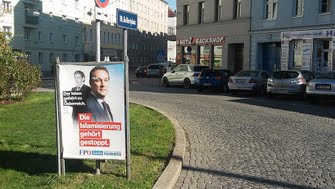 — EURONEWS, Vienna. How I spent Austria's election day with the Muslim community in Vienna. 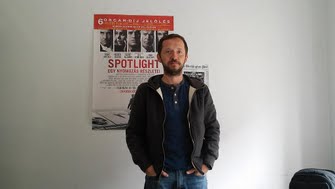 — EURONEWS, Budapest. Investigative reporters in Hungary struggle to win over audiences in the face of what they say is a smear campaign.


— WORLD POLITICS REVIEW, Bratislava. For all the attention on Hungary and now the Czech Republic, where many fear what Andrej Babis will do if he is able to form a government and take power, the influence of oligarchs in both countries is a relatively new phenomenon. Not so in neighboring Slovakia, where a small group of well-placed, wealthy insiders have had significant sway over the state and the economy for almost 25 years. 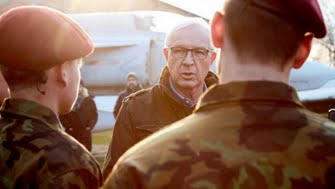 — EURONEWS, Prague. An exclusive interview with Jiří Drahoš, who advanced to the second round of the presidential election in the Czech Republic in 2018. 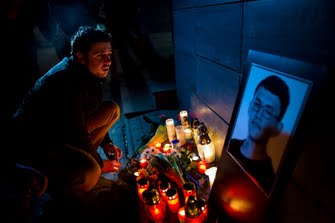 — FOREIGN POLICY, Bratislava. By condoning corruption and denouncing the press, Slovakia's government created an atmosphere in which journalists became targets. 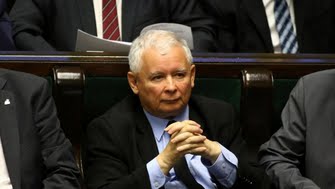 — EURONEWS, Warsaw. After the Law and Justice (PiS), Poland’s right-wing ruling party submitted a draft law that would replace all Supreme Court judges except those chosen by the justice minister, critics accused it of an assault on the constitutional separation of powers. But the party says it’s part of a long-term reform of the country’s judiciary, which is seen as inefficient and demoralised by many. The common thread to the reform is to give more powers to the justice minister. Zbigniew Ziobro, 46 and known as “the sheriff” among his supporters, would get powers that no minister has enjoyed since 1989. 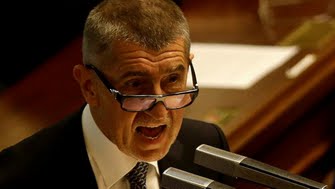 — EURONEWS, Prague. Billionaire media mogul Andrej Babiš has been hanging around politicians since the 1990s. He is also the founder of a company which has a near monopoly in several sectors of the Czech economy. But he also wants to be an anti-establishment rebel and voice of ordinary people. Just five months ahead of the country’s next parliamentary election – which his party is predicted to win with some 30 percent support – a scandal has put the brakes on his flourishing career. 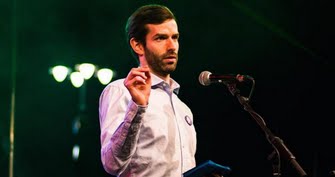 — OZY, Budapest. The basement is filled with tables, mismatched chairs and a worn sofa. This former hair salon near Budapest’s main train station lacks flair, except for the fact that it’s now home to Hungary’s Momentum Party, led by 28-year-old András Fekete-Győr. “We still work to make it cozier, but it looks promising,” he says as we settle into chairs. The same could be said about this slim lawyer with piercing eyes. Since last fall, when Momentum challenged the country’s powerful prime minister, Viktor Orbán, Fekete-Győr has been one of the most buzzed-about politicians in Hungary. 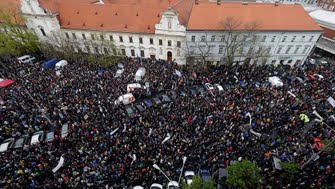 — EURONEWS, Bratislava. Despite the rain, thousands of Slovaks took to the streets to protest against both corruption and obscure business-government relations. Demonstrators, mostly students, marched through the streets of Bratislava’s Old Town shouting “Dosť bolo Fica” – “Enough of Fico” – and “Nie je nám to jedno” – “We still care.” 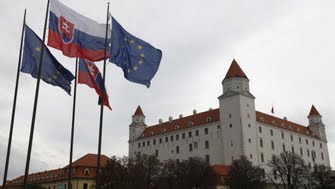 — FOREIGN AFFAIRS, Bratislava. Slovak Prime Minister Robert Fico, whose leftist-populist party Smer–Social Democracy has won all of the parliamentary elections since 2006, is often compared to Viktor Orbán, especially since Fico has become an outspoken critic of EU migration policy and has made anti-Muslim rhetoric central to his campaign for the last parliamentary elections. Yet, a better explanation of Fico’s behavior is that he is simply a product, and a perpetuator, of an inefficient and flawed liberal democracy—not of an illiberal one. 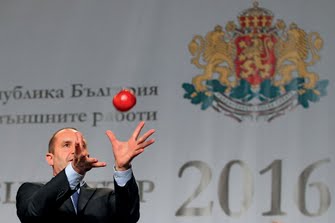 — POLITYKA, Sofia. As official results confirm, Rumen Radev will become Bulgaria's next president while the ruling government has resigned. Expectations are high among his own Socialist Party supporters that Radev will live up to his pro-Russian reputation. But, truly, given the new President's past and the country's strong rooting in the EU and NATO, it's very unlikely that Radev will divert Bulgaria from its Euro-Atlantic orientation. My story from Sofia about a new Bulgarian president. 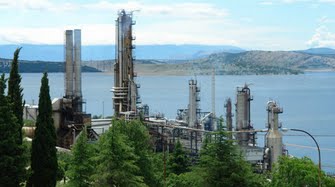 — INTERFAX GLOBAL ENERGY, Zagreb. Given that Croatia's oil and gas company INA is making positive economic headway, the puzzle is why Hungary, which has 49% stake in INA, is willing to get rid of it. The company made a profit of around €82 million in 2016 compared with a €180,000 loss in 2015. One answer could be that Hungary is growing increasingly tired of the political dispute, especially as criminal accusations touched leading political players from both countries. But this is also a part of Hungary’s new economic strategy. 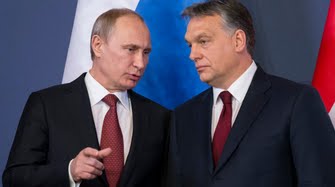 — INTERFAX GLOBAL ENERGY, Budapest. Russia’s importance as a major partner for Hungary has grown, despite the falling oil prices and declining consumption of gas in Hungary. But Orbán has political reasons to get closer to Russia. Orbán’s party Fidesz won 2014 parliamentary election a landslide victory in Hungary’s 2014 parliamentary election thanks partly to a massive cut in the rates charged by the country’s utilities - which was made possible because of a number of concessions provided by Gazprom. Reportedly, the Russians offered Hungary a price discount of at least 10% - a move unprecedented in Central Europe. After prolonging Hungary’s long-term gas contract – which has no take-or- pay clause - with Russia in 2016 for another four years Orbán may thus push for further discounts. Hungary’s next election, which is planned for 2018, may be uppermost in his mind. The project to expand Hungary’s Paks nuclear power plant, which involves Russia’s Rosatom, is also on the table. 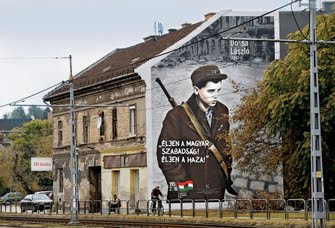 — POLITYKA, Budapest. Prime Minister Viktor Orbán has a long history of playing with the Hungarian past, including manipulating the memory of 1956 revolution. According to Orbán, only the Hungarian nation, not the society, has a history. And this is a history of a permanent victim, never a perpetrator. I went to Budapest to learn more on how Orbán uses the Hungarian past in order to meet his political goals. I spoke with historians and attended celebrations of the 60th anniversary of Hungary’s revolution against Soviet rule. 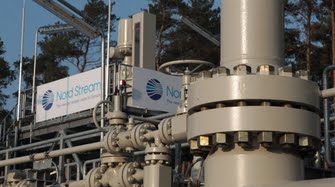 — INTERFAX GLOBAL ENERGY, Prague. Although the Czech Republic tends to perceive Nord Stream 2 as commercial projects, its geopolitical significance cannot be underestimated. This puts the Czech Republic in a difficult position. On the one hand, pipeline will bring increased revenue and help boost ties with Germany, but on the other, an overtly welcoming stance may alienate the Czech Republic’s Visegrad partners, especially eastern neighbour and traditional ally Slovakia. Czech decision-makers are therefore looking to kill two birds with one stone. 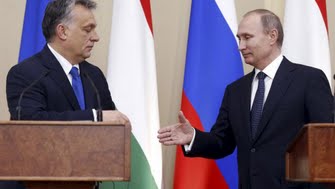 — FOREIGN AFFAIRS, Warsaw. The worst-case scenario for Central Europe once Donald Trump assumes the U.S. presidency would look something like the following: after questioning the future of NATO and continuing his campaign-season praise for Vladimir Putin, Trump declares a lack of interest in what Russia is doing west of its borders and accepts an offer by Putin to set up a new Yalta-esque geopolitical tradeoff. As with the USSR in 1945, Russia would be given effective control of the eastern part of Europe. Putin would then have free rein in the rest of Ukraine, the Baltic states, and possibly Poland—all with the tacit blessing of the US. Is such a worst-case scenario ever likely to happen? 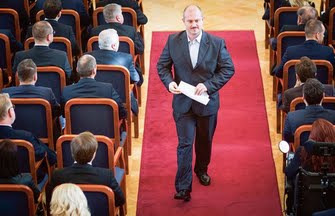 — TYGODNIK POWSZECHNY, Bratislava. Until recently, he dressed in a uniform modelled on the Hlinka Guard, the militia of the 1939-45 Nazi-sponsored Slovak State. He and his followers adopted the mannerisms, greetings, symbols and rhetoric of that state, Slovakia's first ill-fated flirtation with sovereignty. He rails against the Roma people and the EU. Meet Marian Kotleba, the leader of the extreme-right People’s Party-Our Slovakia. 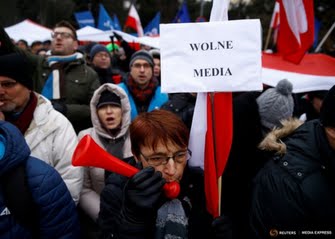 — EUOBSERVER, Warsaw. Thousands of people gathered across Poland over the weekend to protest against the government, stepping up a confrontation that began as a dispute over media freedom. Protesters rallied in the capital Warsaw, around the parliament, the presidential palace and the seat of the constitutional court. They waved national and EU flags, chanting slogans including “Free media, free people”, “Solidarity with journalists”, “Freedom, equality, democracy”, and “Enough, we want election”


— POLITICO, Warsaw. Jan Szyszko is a fan of coal mining, an avid hunter, a friend of loggers and skeptical of ambitious climate change proposals. He’s also Poland’s environment minister. Those views have put Poland on the margins of EU debates on everything from climate change to emissions policy, biodiversity and animal welfare — adding to Warsaw's already frayed position in Brussels thanks to frequent clashes between the EU and Poland's right-wing Law and Justice party government.