Stories African Youth Declaration on Nature, Why a New Approach is Needed for its Success African Youth Declaration on Nature, Why a New Approach is Needed for its Success 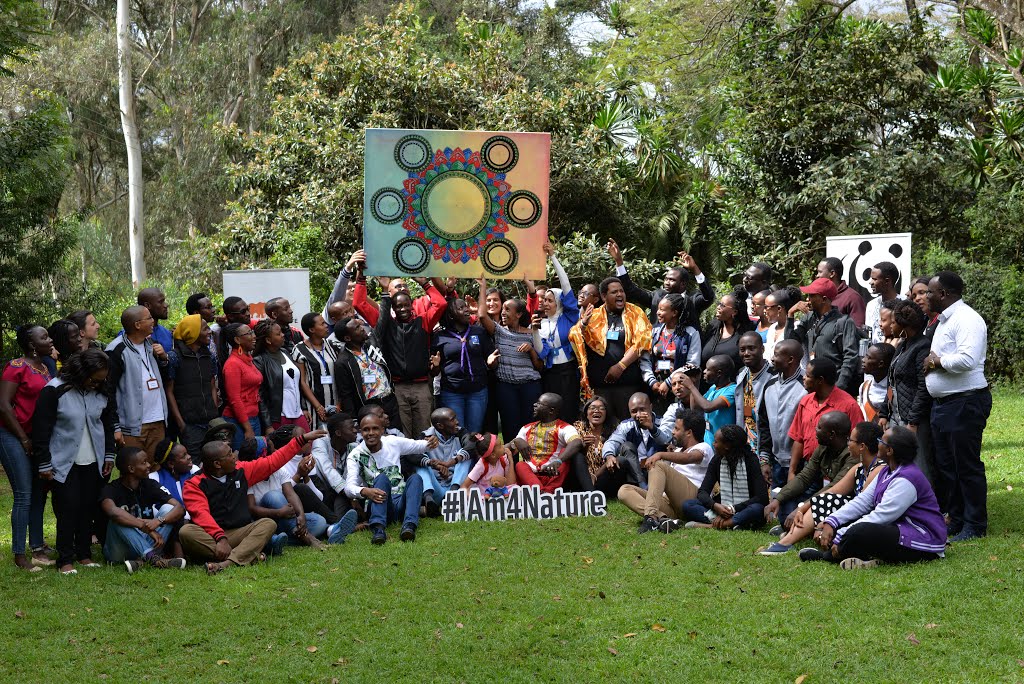 The World Wildlife Fund (WWF) youth conference brought together over fifty young passionate conservationists and practitioners at the African Wildlife Foundation(AWF) offices in Nairobi from 22nd to 24th May 2019. The main objective of the conference dubbed Youth for Nature, One by One until Nature Wins Them All, was to underline the role of young people in safeguarding the future of the continent's natural resources. The call for young people to converge at such a time when Africa's nature is on the downward roller-coaster due to pressure from many prevailing factors could never have been better timed. Several recent scientific reports point towards a worrying trend of biodiversity loss. One of the main assessments on the status of Africa's nature, contained in a summary report released by IPBES confirm that the continent has indeed lost much of its biodiversity, and recommends deliberate, bold, and hastened measures to restore the damage and prevent further loss. With this in mind, it is inspiring that there are parties who appreciate that the future of Africa's nature lies in the investment we make in its youth. Whether this is a case of holding on to the last hope or just the realization of the long-forgotten lot of conservationists, the gesture shown by WWF and AWF remains in order. As the last generation with a chance to reverse nature loss and restore related values, young people are tasked with the huge obligation of mending the damage created by their forefathers. While the older generation may not owe us an apology since they may have acted from a point of ignorance or wanting the continent to develop, they must realize that it is time they paved way for a different generation to try the conservation game from a different approach. Nevertheless, their goodwill and support for youthful efforts are highly required.

The Youth Conference also took place at a precious time in history when consultations are in top gear at all levels, as various parties position themselves strategically in preparation for a major convergence of stakeholders- the fifteenth Conference of Parties of the Convention on Biological Diversity. The meeting which will take place in China around November 2020 is a crucial one as it will hopefully see the adoption of a new global biodiversity pact, which is popularly known as the Post-2020 biodiversity framework. The new outlook that is meant to bring a radical change in the conservation sphere is also set to replace the Aichi targets whose implementation period comes to an end in 2020. Preliminary reviews of the Aichi Targets, which have been in effect since 2010, do not show promising results. The outright failure by member states to attain these goals, failing by as far as below 50%, points to the need for a new and informed approach if at all any new framework is to be successful. Some of the ways in which stakeholders are gearing themselves for the new global conservation outlook is by forming viable campaigns, alliances, and position papers. The WWF campaign, famously recognized as the "The New Deal for Nature and People" seems to push for a conservation target that will enhance the wellness of natural resources while safeguarding the interests of human beings.

Back to the youth conference-one of the outstanding outcomes of the discussions in the meeting was the formation of a youth declaration that represents the general concerns of an average young conservationist in Africa, and their commitment to realizing a more sustainable continent. It is worth mentioning that this declaration was formed with much respect for the priorities of the African region regarding the Post-2020 biodiversity framework. Just to refresh our minds, as I mentioned earlier, parties are actively engaged in consultation for the Post-2020, and the African region has not been sleeping on this. In April, a regional consultation meeting was convened in Addis Ababa, where 8 key priority areas were highlighted and agreed upon as the main concerns of the region moving forward and into the CBD COP negotiations-be sure to read more about this in my next blog post. Integration of these priority points into the youth declaration creates a very clear position of the willingness by young people to work with their elders towards a better environment for the younger generations.


Some of the aspects clearly brought out in the declaration include the need for consolidated efforts, recognition of the role of youth in conservation, respect to indigenous people's rights and traditional knowledge, and policy advocacy. While this may be the first youth declaration of its kind-considering the focal areas and module of formation-it go down in history as an addition to many other tried attempts by youth from the continent to unite their voices towards the conservation agenda. The big question then arises-how can this declaration stand out and be counted as the most successful? It is not a secret that the challenge is now bigger since the agents of nature loss continue to diversify and become complex. On the flip side, this is an opportunity for the African youth to show what they are made of, that they stand for what they commit, and that they are ready to go all the miles in pursuit for a better version of the continent they call home. This will only be realized if a tangible on-ground change is felt and attained-otherwise it will just remain a document as it is right now. The declaration then puts all of us at a crossroad- to make or break.

The first and very important step for the youth is to find ways of making this work, and putting a timeline of every committed action. My utmost desire would be to see a detailed action plan come out of the declaration, with smart targets. The need to customize the contents of the declaration to fit all age groups cannot be overemphasized. Translations that will ensure youth at the grass root level identify themselves with the provisions of the statement are crucial, especially for languages majorly identified by the African Union. Young people should commit to finding support and solutions to problems, be innovative, and stand by each other like never before. Leveraging on the platform created for them by Africa's conservation giants (WWF and AWF), young people should now seize the moment and break the chain of having many conferences that do not yield many results to show.

The differences in Africa’s conservation approaches is something young people must consider moving forward. It is clearly evident that the East and South, for example, do not speak the same language when it comes to sustainable wildlife conservation. How the youth will harmonize their efforts and overcome such rifts remains to be seen. With varying regional priorities created not by our own making, but of our older generations, it is time to step out and support that which enhances the well-being of all.
To be more effective, the declaration should be looked at a tool that plays 3 important roles- land use, financial, and action. In essence, the statement should provide a basis for reviewing land use as a major driver of nature loss, raise the needed financial resources for the implementation of the related action plans, and created undivided merits on which grass root work is based.