Stories An appetite for Dead Grandma An appetite for Dead Grandma 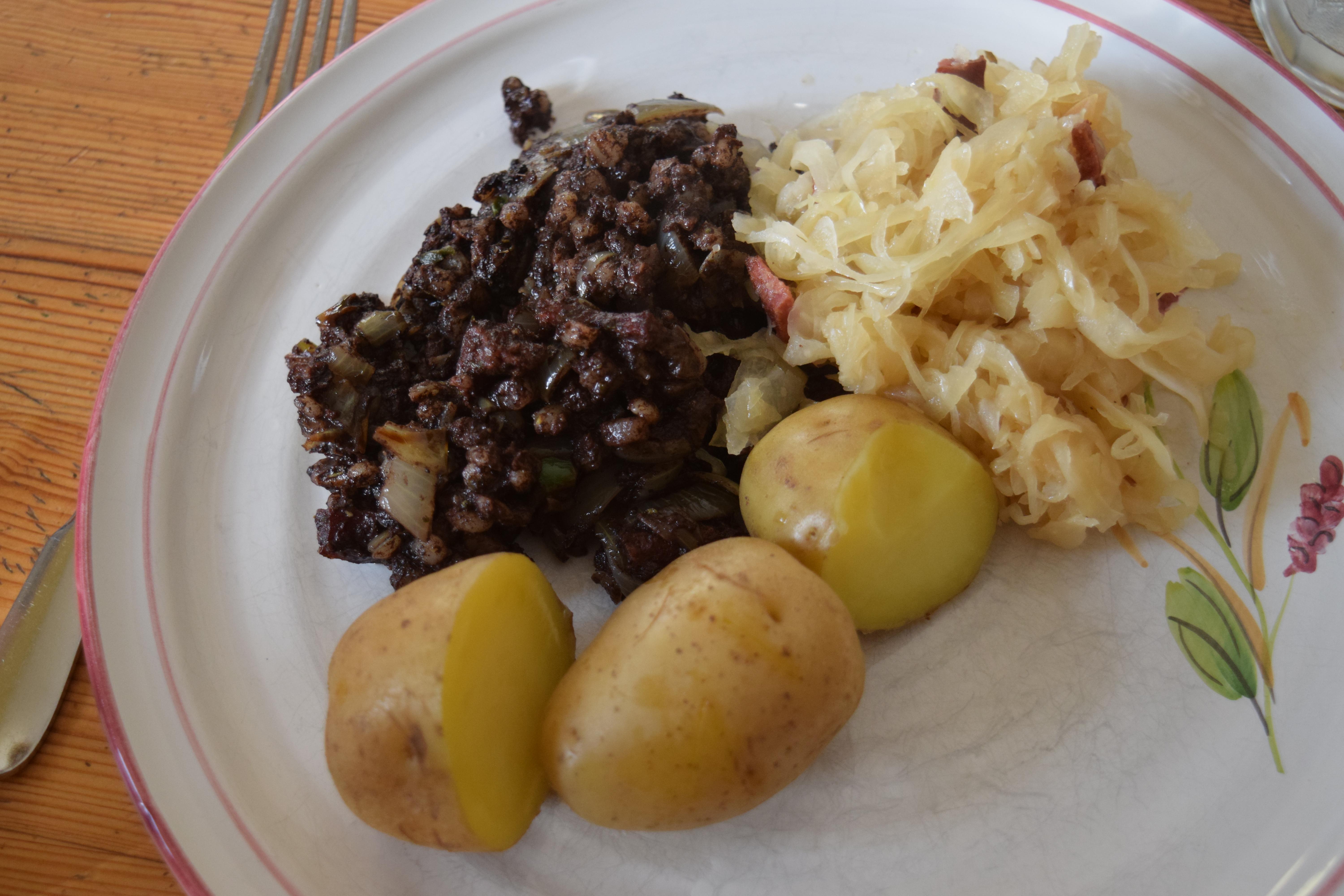 Here's a quirky "recipe with a story" idea that would surely be an eye-catcher and tell your readers about a part of the world they probably don't think about much: former East Germany, the German Democratic Republic (GDR). The dish "Tote Oma" also evokes that place during a very special time in history. After the defeat of the Germans in WWII, what became East Germany was the part of the country that remained under Soviet dominance until 1990, after the fall of the Berlin Wall. The all-powerful socialist state provided its citizens with everything they needed to get by, but certainly didn't spoil them. The food that became typical of the time reflects the ingenuity that was born of want among people struggling to live and stay sane under oppression. Today's foodies know that we should all make use of regional and seasonal ingredients and fight food waste. That's something that the resourceful people in East Germany did every single day.

And so "Tote Oma" became a GDR classic. It consists of a special type of blood sausage "stretched" with groats or bread crumbs which is first crumbled, then quickly fried with bacon, onions and spices. This reddish-brown, savory mixture is served with sauerkraut and boiled potatoes. It ain't pretty, hence the name, which charmingly translates to "Dead Grandma." The alternative name, "Verkehrsunfall" (Traffic Accident) is equally unattractive, giving new urgency to the words "Guten Appetit!" (Black humor is typical of the GDR.) But former East Germans, given to waves of Ostalgie, or nostalgia for the "good" old days east of the Iron Curtain, rave for Tote Oma. Less faint-hearted, culturally and historically-interested foodies among your readers might well be tempted to try it for themselves.