Stories Strolling Through History: A Walking Tour to Remember Munich's Nazi Past Strolling Through History: A Walking Tour to Remember Munich's Nazi Past 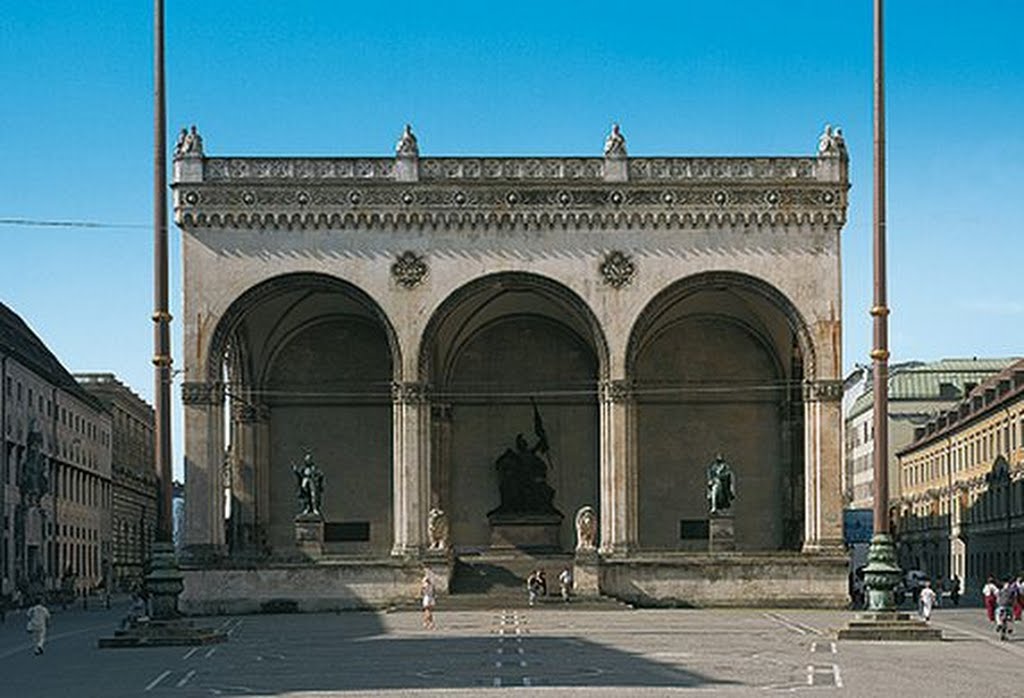 The name of Munich's most successful walking-tours company, "Stattreisen" is a play on German words that mean something most closely translatable as "alternative trips". The message is clear: on a "Stattreisen" walking tour you will experience the Bavarian capital in unusual ways, with out-of-the-ordinary points of view and guided by specialists. Readers of your publication or website would surely be fascinated to join a particular tour offered in English by this company: "National Socialism and Resistance." Munich was the scene of Hitler's rise and heyday and was Germany's Nazi capital. In 1912 Hitler arrived in Munich and it was there in the next few years that he transformed the German Worker's Party into the Nazi party. After becoming German chancellor in 1933, Hitler chose Munich as his party's base of operations.

This special tour lasts two hours and includes stops at:

1.) the main university square which is named after the siblings Hans and Sophie Scholl, who organized the christian, non-violent White Rose student resistance group. The brother and sister distributed flyers at the university before they were captured and beheaded in 1943. The tour also stops at several streets in the university quarter where other aspects of youth resistance movements are discussed.

2.) the site of the former Ministry of War. Resistance efforts within the military are discussed here.

3.) the former Ministry of Agriculture, the scene of the Bavarian Movement for Freedom which, in 1945, worked to convince the Bavarian population to capitulate peacefully at the approach of Allied forces. Over 40 freedom rebels were killed by the Nazis for giving up the fight against Germany's enemies, several right there in the courtyard of the ministry.

4.) the "Feldherrnhalle" or "Field Marshalls' Hall". This hall was built in the nineteenth century on the orders of the Bavarian king Ludwig I, but Hitler used it to honor dead members of the Nazi Party. This monument was also the scene of Munich's so-called Beer Hall Putsch of 1928, which led to Hitler's arrest and imprisonment. Lots of information is given here about Munich as the capital of the Nazi movement.

5.) the Square of the Victims of National Socialism ("Platz der Opfer des Nationalsozialismus") - a place for a discussion of how Munich generally deals with memories of its Nazi history. Here is a also a memorial to Sinti and Roma victims of Nazi genocide.

6.) the former site of The Wittelsbacher Palace, originally built for Crownprince (and future king) Maximilian II of Bavaria, but used as Gestapo headquarters and a prison. The building was badly damaged by bombs in 1944 and was finally torn down in 1964. Hans and Sophie Scholl were imprisoned here before their execution.

7.) the Bruckmann Villa at "Karolinenplatz" (Caroline Square), home of the publisher Hugo Bruckmann. Bruckmann was a leading member of the National Socialist Society for German Culture and helped Hitler gain acceptance by many members of Munich's high society of the time. At this point in the tour, the guide also discusses the circumstances surrounding Hitler's writing of Mein Kampf.

8.) Königsplatz, or "King's Square." The guide explains how the Nazis used this square for propaganda events and points out the significance of two other buildings there: the Führerbau and the Das Braune Haus. The tour guide also points out the elaborate system of bunkers that used to be located under this square.

This "Stattreisen" tour costs 170 Euros and can be booked in English for groups.